August 2014
Award-Winning Products for Your IGC By Pete Mihalek

From the trade show floor to your store shelves, the Retailer's Choice awards could help you stock real winners for next spring.

I think I’ve been around just long enough to consider myself a seasoned trade show veteran. With that said, it takes a little more today than it did, say, five years ago to knock my socks off on the trade show floor.

With aisles and aisles and products upon products at each and every trade show, it helps to have a discerning eye  although getting overwhelmed can be much easier.

This July at AmericanHort’s Cultivate’14 in Columbus, Ohio, my socks were knocked off. Yet it wasn’t the work of a single product, but the collective significance of 10.

At first pass, this looks like a pretty random assortment of products. But they have one thing in common: They were all recipients of the Retailers’ Choice award at Cultivate’14.

Hosted by The Garden Center Group’s Sid Raisch and Danny Summers, this award program was put in place to help retailers discover a trade show’s best new products for retail. At Cultivate’14, 12 participating retailers walked the show individually and at their own pace to find new, attention-grabbing products. Later, the retailers reconvened to talk about their findings and decide on the winners.

In a recent email exchange, Sid explained to me the motives behind introducing this program at this summer’s Cultivate’14, SNA 2014 and Farwest Show.

“Retailers’ Choice Awards is the answer to years of frustration of listening to garden center owners complain that they would invest to send their staff to trade shows only to have them return to tell them that there was nothing new there,” Sid says.

“Now they not only are made aware of the 10 Retailers’ Choice award winners, but also they have the opportunity to actually get involved by finding items to nominate.”

This type of interactive awards program can bring value to multiple fronts  trade shows, vendors, retailers AND consumers. And that’s what really knocked my socks off.

Sid added, “Retailers’ Choice Award winners bring value to everyone. Retailers get a laser focus to find best-of-the-best new items. Their customers get the opportunity to buy the items. The show benefits because it brings value to attendees by bringing attendees through the show to locate the winners. People who are unable to visit the show are made aware of the 10 winners but also are encouraged to attend the show in the future to get first dibs on the new items as well as to find the other items that were nominated that appeal to them and their customers.”

Like I said, multiple fronts. And just think if these winning products become winners in your retail space. Oh, the potential.

Reach out to The Garden Center Group’s Danny Summers at [email protected] if you’d like to know more about this awards program and get involved.

PDF: Award-Winning Products for Your IGC 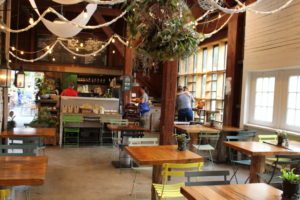