IGCs must learn to adapt faster than their competitors or predators.

One of the philosophies that the noted English naturalist Charles Darwin was known for was “the survival of the fittest.” Most people are familiar with this notion as it applies to natural evolution; the strongest of the species survives because they have traits and characteristics that allow them to compete more efficiently and effectively than their competitors, both within their own species and versus other species.

We often hear this when learning about the upward evolution in the animal kingdom, a rationale to help explain why some species declined or became extinct, while others survived and thrived. We learned that in the jungles of Africa, each of the animal species that exist today survived because they had unique traits or physical strengths or defensive attributes that permitted them to compete effectively against their predator adversaries. Some survived because they were fleeter of foot, others because their skins were thicker and could ward off their natural enemies’ attacks. Others developed horns or sharp hooves for offense and defense, or learned to climb trees to escape the battles. Some learned to survive on little water or developed the ability to find or access food in unique ways and places. Most of the individual species didn’t originate with all these characteristics and attributes; they evolved over time to allow them to adapt and survive.

There’s also a form of economic Darwinism that occurs in our business world; we’ve seen this over the years as some retailers and retail channels get stronger and, as they grow, other weaker competitors decline. It’s almost an inevitable rule of nature, a ying and a yang proposition.

But “strength” in the economic Darwinism premise can take many forms. It’s not just physical size (i.e., number of stores) or the sales dollars generated. It’s not just the fact that one has better cash flow than their competitor. It’s not just because one has a stronger management team than the store down the street. It’s not just the marketing budget one has at their disposal. Yes, these are all crucial elements of strength and advantage, but individually probably would not be the deciding differentiator between survival and extinction, yet collectively they could be a major determining factor in whether one survives or not.

Most Responsive to Change

A lesser-known Darwinism more clearly defines what he believed really makes the difference in his survival of the fittest theorem: “It is not the strongest of the species that survives, nor the most intelligent, but the one who is most responsive to change.”

From my interpretation of Darwin’s theories, yes, physical size and intelligence matter to survive, but the most critical factor is the ability to adapt to change and quickly evolve. And not only just adapt, but adapt the quickest, faster than your competitors or predators. Stand still while your competitors adapt and grow faster than you and you suffer the economic consequences. Move forward and adapt just a little faster than they do and you increase your chances of thriving and surviving.

All these discussions about survival and extinction sound pretty harsh, don’t they? Especially since the sun, the stars and the moon all aligned perfectly for our industry in 2021 and most of us experienced impressive results. But I’m concerned that 2022 will be more challenging with rampant inflation, major supply chain disruption, staffing problems, raw material and energy shortages/higher costs, rising housing and rent expenses and more.

With these hurdles, there’s no way to sugar coat the reality that all companies will not survive or continue to operate at the level they have in the past. And companies in all industries and sizes are facing the same shared dilemmas. In the covid era, the playing field has changed for everyone, but this also means that the playing field has been leveled for all of us.

The challenge and opportunity for you is how quickly you can strategically and tactically lead your business to adapt to the current situation and the new consumer mindset compared to how agile your competitors are. If you adapt faster and more intelligently, you have a good chance of thriving and surviving; if you’re slower or refuse to change, you stand a high likelihood of stagnation or decline. It’s that simple.

Adapting to the new Consumer Mentality

Retail is all about satisfying the needs of the consumer. Many consumers were able to save significant portions of their covid stimulus checks, but inflation is starting to eat into these savings; and the wage increases we’re seeing aren’t keeping pace with the rising inflation. As a result, the consumer is becoming more focused on comparative value, mentally weighing the value proposition of one possible purchase versus another, and one retail venue versus another.

Understanding this new consumer mentality is no longer optional; it’s imperative. Understanding how what you sell can be positioned to increase the comparative value proposition — and how quickly and effectively you can convey this to them — will be of paramount importance.

Selling “stuff at a price” isn’t going to cut it for the independent retailer; there will always be someone selling a comparable product at a lower price. Rather, you need to focus on the benefits of what you want them to buy, how your product (and buying it at your location) can enhance their lifestyle, make them more successful, and have a better experience at your store and with your products. You need to provide a compelling reason for them to walk through your front door and, while price point is important, it’s not the sole solution for the independent retailer.

It’s not just enough to say you’ve changed — you’ve got to communicate and convince the consumer that you truly have addressed their needs. An integrated communications message, in store display and assortment presentation, the experiential aspects of your store, the customer service and sales guidance, the advertising and marketing — all of these need to convey the same consistent message. Remember that you are a destination shop; people don’t often show up just to browse without making a purchase. They are there because you planted the seed with them, either through past experiences or through your marketing efforts. And once there, it’s your sale to lose.

Watch your expenses, but don’t cut back on anything that will inhibit your ability to support your customers. You’ll need to be able to communicate your store and value proposition to your customer, so maintain the funding for marketing and advertising.

And cash flow is king — even more so than in more robust spending periods. Make your inventory investment work for you, focusing on turnover. Manage your receivables as well as your payables. Time your expenses to cash flow to the best of your ability. And be honest with your suppliers; if you’re having temporary cash flow problems, be up front with them. While you’re all in this together, no one likes surprises.

This year more than ever, the consumer is in the driver’s seat. As a retailer, it’s your primary mission to adapt to the challenges and changes they’re experiencing, not them adapting to you. If you don’t or are slower to adapt than your competitors, you lose and your competitor wins.

Survival goes to the one who is most responsive (and quickest) to change. It could be a harsh and hard lesson for those who don’t heed the words of Darwin this year…

Stan Pohmer is president of Pohmer Consulting Group in Minnetonka, Minnesota. He can be reached at [email protected] or 612.605.8799. 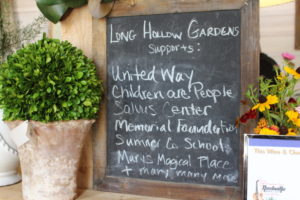