Whether you’ve thought of selling the business or retiring now or in 50 years, part one of this two-part series has some thought-provoking ideas for crafting a strategy.

From my experience most business buyers come in with a degree of arrogance.

This is particularly true of professionals from industries such as banking, finance, medical and believe it or not — accounting.

These folks have been trained very well in their expertise and are usually capable of fixing such complicated things as sick and diseased bodies and bookkeeping errors.

They have a tendency to feel they can fix and improve a business better than the sellers could.

This overconfidence can do them in.

As we are all well aware, horticulture businesses have unfriendly and invisible partners called the “seasonality” and “unseasonal weather” to contend with, and those professionals have typically not dealt with such deceitful foes.

A good rule for life is to begin with the end in mind. Too bad most of us don’t get this message when we’re younger.

I’ve heard it said that only approximately 30 percent of small business owners have an exit plan in place, which means that the strategy for nearly 70 percent is their default plan, which is to die on the job.

That may not be a bad way to go, for them, but it’s quite a lot of devastation for those they leave behind.

Everyone over 40 that I’ve worked with in recent years has wanted to talk about what they’re going to do with their business so they can retire someday.

At this stage of the game it is a little more than late for some of them. But there are still strategies to be implemented.

Owners are trying to find options.

Nobody has brought this up to tell me what or how great their plan is.

The future isn’t what it once was. Most don’t have retirement savings, or they have exhausted them to prop up business losses.

Ten years ago the assumption was they could cash out on the real estate, but today you really have to be in the right place at the right time to do that.

Parents are often prematurely disappointed that their kids are not interested in continuing the family business.

There are countless situations where sons and daughters pursue professional careers in other cities then become dismayed with the corporate and suburban life and begin longing to return to their heritage and hometown.

This is somewhat predictable although never guaranteed. It would be foolish to be surprised if and when it happens.

Flexibility to keep this option open might be the best you can do, but do that. And when it is truly time to move on ask them if they’d like to take over, or have someone else do the asking, before you count your kids out.

When children are not able to take over the business, it is not necessarily to be blamed on the kids.
One of my favorite quotes is “When the ship fails to reach the harbor, it is rarely the fault of the harbor.”

The ship (kids) has to be prepared well in advance to be capable of maneuvering difficult seas and navigating seaways to arrive safely to dock. The sooner this preparation begins, the better.

Two major reasons parents fail to transition the family business to their offspring are:

An underlying issue with the latter failure is that the parents didn’t run the business profitably enough to provide earned equity and didn’t accumulate assets outside of the business which could either be sold, or spend to fund their retirement.

An unintended consequence of the lack of parents’ retirement savings is too often that they fail to develop their children to lead and manage the business.

There is a strong tendency to play it safe, hunker down, and a failure to invest to keep the business current and relevant to its consumers.

continue reading...
read on to the next page >>
PDF: Exit Your Business Stage Right 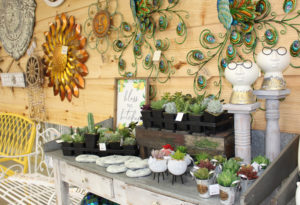