June 2017
Learn From the Mistakes of Others By Stan Pohmer

Understanding the core challenges failing businesses faced can help prevent you from going down the same path they did.

Allow me to set the stage for this month’s discussion …

It is often recommended that, to gain insight into what makes some companies exceptionally successful or what unique traits the leaders of these companies have that enable them to set their companies so far apart of their competitors, you read the many inspirational books such as “In Search of Excellence” by Tom Peters and Robert Waterman.

And I’m in total agreement that there are strong lessons to take away in understanding the importance of vision, planning, empowerment, strategic execution, and different leadership styles and traits that can be applied to your personal leadership arsenal and to the management of your own company.

But there are also lessons to be learned from studying companies that have failed so as to identify what got them in trouble and what actions (or inactions) were taken in response to their financial challenges that ultimately caused their downfall.

Understanding the core challenges they faced can help prevent you from going down the same path they did.

Even before Amazon became a major retail market disruptor in 2001 (though the company was founded in 1994), there have always been channel shifts, new competitors and industry “shakeouts” that challenged brick-and-mortar stores, be they chains or independents.

And our own industry was affected by all of these market dynamics, too.

Back in the 1970/1980s, and before the growth of Kmart, Wal-Mart, Target, Home Depot and Lowe’s, it was Sears, JCPenney and Montgomery Ward who were the major chain retailers of all types of live goods, and Nurseryland/Flowerama and Franks were the independent chains that dominated the industry. Some of these companies no longer exist while others are no longer represented in these categories today.

There’s no doubt that there are too many brick-and-mortar stores to survive in today’s marketplace where online sales are growing at 20 to 30 percent per year while brick-and-mortar growth is struggling to just hold even. There’s only a finite amount of discretionary spending dollars available and more of it is going to online retailers at the expense of physical stores.

According to Credit Suisse, nearly 9,000 stores, both chains and independents, will close in 2017, even more than in the height of the recent Great Recession.

Think of the press releases in the past six months from the likes of Macy’s, hhgregg, Sports Authority, Sears/Kmart, JCPenney, Payless ShoeSource, Eastern Outfitters and Gander Mountain, who announced major store closings, and/or either Chapter 7 liquidation or Chapter 11 re-organization. And it’s not just the big guys who are hurting; drive around your own communities and you’re likely to see vacant store fronts on Main Street and in local strip shopping centers.

As morbid as it may sound, I sometimes do a post-mortem or autopsy on the financials of failing companies to identify the reasons for their downfall.

Though each company is different and is involved in a multitude of industries and product categories, I’ve found three key areas in common that contributed to their ultimate demise.

First and most importantly is cash flow. All of these companies had unsustainable “burn rates,” meaning their expenses (inventory costs, operating costs, bank servicing charges, etc.) exceeded their revenues.

There are only two options to reduce the burn rate: increase revenues or decrease expenses.

Most companies don’t see the opportunity to quickly turn their sales around, so they focus on expense reduction (cutting payroll and store inventories, delaying payments to suppliers and enders and taking on more debt — if they can find a lender to front them the cash!).

Next is an inability to anticipate, manage and execute strategic internal change that’s mandated by dynamic marketplace forces.

When faced with cash flow problems, most of these failed and failing companies simply did more of what got them into trouble in the first place. (There’s an old business adage that “If you hang earrings on a pig, all you get is a prettier pig!”)

When things get desperate enough so they finally recognize the necessity of change, they are looking over the edge of the financial cliff and no longer have the time or resources to successfully change, with the result that they lose relevancy with the consumer.

Lastly, these failing retailers have eroded their brand to the point where what they say their brand stands for, and what the customer experiences, no longer bears any resemblance to one another.

Economic historian, Marc Levinson, said, “Most successful retailers have a public image that they’ve cultivated, what people associate with their brand. As the retailers get into financial trouble, it typically has to pull back on many of the things that helped develop that reputation. You can’t sustain the image of the store.”

If the consumer can’t clearly define and understand what your brand is and what you stand for, or there’s a mismatch between the brand and the reality, they’ll take the path of least resistance and take their spend-ability elsewhere.

Maintaining positive cash flow, anticipating and managing timely change and protecting the integrity of your brand will help you avoid the pitfalls of failed retailers.

PDF: Learn From the Mistakes of Others 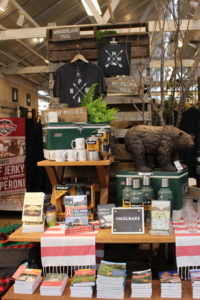 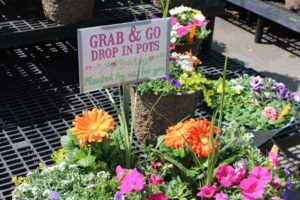