One Michigan gift shop has curated an assortment that caters to customers’ hometown pride and could help you think about the next thing to add to your gift area.

Amber Kneibel did not have just one reason to launch her boutique in Rockford, Michigan — she had dozens.

Already active on social media, she had been meeting artists with an incredible diversity of talents from all over Michigan. Many had platforms on Etsy as a sales front, many didn’t. What if, Kneibel wondered, she could provide a forum to bring these artists together to work in a mutually symbiotic relationship? The artists would benefit from being part of a curated collection in her store and, in turn, drive traffic to their virtual Etsy storefronts while Kneibel could carve her niche as a specialty boutique in Rockford that recognized the power of local. The result is Bailey & James (named after her dog and husband) and it is packed with vintage and contemporary finds from Michigan artists in what Kneibel describes is a store where “Etsy meets Anthropologie.”

Kneibel believes in her mission to zero in on local. “It is important to support local artisans, they directly drive our economies. These aren’t just people doing this on the side to make money, they use it to feed their families. We have to support creative passions and to support the things they love.”

At any given time Bailey & James usually features 15 Michigan artists.

Many of the gifts that the featured artists sell showcase maps of Michigan or other drivers that evoke a specific sense of place. For example, tea towels from artgoodies show the familiar mitten-shaped map complete with the state flower, the apple blossom and the state bird, the robin. Megan Akiyama Ceramics sells mugs with the state map (in blue, the color for University of Michigan, an added dose of pride) and also cork coasters with ceramic maps of the state crafted on.

This sense of community pride has been showing up in giftware all across the country for a while now, says Rachel Berick of Maptote, a Brooklyn-based wholesaler of city and state-themed gift goods. The company has a whimsical design ethic, which has translated into rapid growth from a wholesaler that started off with tote bags to a whole suite of products including travel pouches, clothing, notepads, bandanas, wine bags and more. The urban chic look is applied to a variety of U.S. cities from Maptote’s home base of Brooklyn to Puerto Rico, New Orleans, Boston and more. International cities such as Hong Kong, London, Amsterdam and Barcelona, among others, are also on the roster, and, says, Berick, they’re constantly adding more.

“Our products really connect with people and since they are based on location, we really try to mine not just the map but the landmarks that make that location unique, something a local would notice and go ‘oh wow.’” For example, a Boston pride product will include sections by neighborhood — Kenmore (home to Fenway Park’s Green Monster), Dorchester and Beacon Hill, to name a few. That level of detail and authenticity is pulled off by getting input from locals, Berick says.

Not Just a Tourist Trap Vacationers also want to capture that sense of place, and these items work well if you ever get tourists into your garden center gift shop. What’s more, says Berick, is that Maptote’s products are not just the standard kitsch you see everywhere. “We really want it to be something that a local would approve of and would proudly use or wear to represent their city or state.”

Another Brooklyn-based designer, Claudia Pearson, caters to a similar taste for local. Pearson’s popular tea towels are great as hostess gifts or a special tourist find, she says. The designer also wholesales tote bags that do well but the tea towels have by far seen the highest demand.

In addition to vacationers, first-time homeowners and even older women buy Pearson’s products. “The tea towels add a touch of nostalgia. They remind them of the flour sack fabrics from a while ago,” Pearson says.

And those looking for something other than home décor can find a whole host of other gift products such as local-themed jewelry pendant and charms from Moon and Lola. “It’s truly an extension of personalization. It’s another way for people to tell their story or show their personality,” says Kelly Shatat, founder and designer of North Carolina-based Moon and Lola.

And while local love can be spread around, unfortunately retailers’ budgets might not keep up. Karen Levy of Upper Lake Home Goods in Westlake Village, California, used to be a gift rep and noticed that retailers especially appreciated products with low minimums. Levy wholesales tea towels and bottle wraps that retailers can order in sets of 24 pieces, with gallery images and designs.

“Retailers can order four styles, just six per style,” Levy says, a concept that has proven to be a winner for many who have already bought into the concept. Levy points out that you cannot recreate the experience of shopping a well-curated mom-and-pop gift area. “As a consumer when I walk into a store like that it’s a complete experience I can’t get anywhere else, not at Target or from Amazon.”

This interconnectedness — a love of local, an investment in buying local and showing off local pride — they’re all cogs in one big wheel of prosperity, agree retailers and wholesalers alike.

“There’s a real person behind each locally made product you buy, customers love to hear that story. They want to connect with that human portion of it,” says Kneibel. “It’s the part of the equation they really value — the people.”

Berick of Maptote agrees. “These products really hit ‘home,’” she says, “I mean … quite literally.”

Poornima Apte is a Boston-area freelance writer and editor with hundreds of retail and general assignment features under her belt. Learn more at wordcumulus.wordpress.com. Marketing Trends to Avoid in 2021 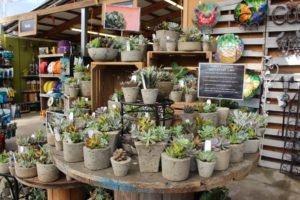