Today’s consumer is looking for purchases that give back.

From a generational standpoint, 71% of millennials said they would pay more for a product if they know some of the proceeds go to charity.

Marta Maria Garcia is head of marketing and retail in North America for Dümmen Orange. She says companies have to “have a backbone and a purpose” if they want to appeal to millennials.

“Everybody’s pretty aware that the millennial is in a different mindset,” she says. “[They are] about making a difference and every single trend I see reinforces what this group believes — between their social media channels, or where they’re putting their money, or the type of products they are buying. There is a higher purpose for everything that they do.”

Dümmen Orange knew it had something special when a yellow petunia stood out in its product selections.

“Back in 2020, when the team here was doing product selections on new colors of petunia, there was this amazing standout yellow petunia that was in the running,” Garcia says.

She says they brainstormed promotional ideas and the retail director at that time suggested doing a cause marketing program with Yellowstone Park.

“Tying it into nature was a very natural fit for our products,” she says, and the partnership between Dümmen Orange and Yellowstone Forever, the official nonprofit partner of Yellowstone National Park, began. The Yellowstone petunias are sold at independent garden centers and at Lowe’s throughout North America.

“When the program was put together, it was presented to several key retailers — at that time, it was presented to mostly big boxes — and the one that jumped on it immediately was Lowe’s.” She says that while it was agreed that it would be a big box exclusive, they still wanted to take the program to other non-competing channels like independent garden centers. “And we had this conversation with Lowe’s … they share other programs, like Monrovia, with the IGC channel, because the consumer who goes to both entities is quite distinct, and if they share the same consumer they go to both places. So we were allowed to take this program to IGCs.”

The program launched in 2021 at Lowe’s and a handful of IGCs.

She says that first year was “a resounding success at the store level. The sell-through levels were in the 90s; they did not dwindle down. There were some regions because of weather that we had sell throughs in the high 80s. And again, for a new program and in retailers like this, that is huge.”

This year is the second of the five-year agreement, and Garcia says they have increased their sales in both IGCs and Lowe’s by 18%. “It’s a really healthy increase versus last year.”

She says they committed to five years because these types of programs take time to grow in retail. “The first year, the consumer gets used to it. The second year, they’re familiar with it and they buy it again. And you build confidence with the current consumer,” she says. She attributes the success of the partnership to Yellowstone Forever. “For sure, it’s the cause marketing. There are many yellow petunias; it’s not groundbreaking, right? We have very many yellow varieties out there. I do think yellow, as a color, is having a moment … people are gravitating toward more cheery, bright colors.

“And also the fact that Yellowstone has had this resurgence of domestic tourism … it has gone off the charts. So I think [the program’s timing] has been kind of the perfect storm. It was the perfect tipping point where everything was ready for the message and the product.”

She says the petunia was unique in that it was suitable for a national program. “Very few items in the portfolio of Lowe’s can do that — a product that can work on the Pacific coast to the Northeast to the Southwest, or here in the Southeast where I am, very few product lines can do that. So it was a huge win that this could be a national program. Getting Involved on the IGC Level

What can garden centers do to get involved? “The Yellowstone Forever petunia program is available exclusively through McHutchison Horticultural Distributors, Vaughan’s Horticulture, and Ball Seed Co.,” Garcia says. “They can sell the product by the cutting from us. We have nice hanging baskets that go with the program, or they can use their own. They can buy the tags from us and they can promote it — the tag already has the messaging. We have a unique tag done for IGCs.”

She says the messaging is the same as the product in Lowe’s, “but we did a different look and feel for the IGC channel because we understand that they want to be different.”

Garcia says the petunia is selling well in IGCs. “In the stores that I see and in the accounts that it is in, it’s doing phenomenal. It’s a great product to grow. This is one of our best petunias in terms of genetics. It’s a petunia that works well in a 2.5 quart and it works well in a 14-gallon whiskey barrel.”

Marta Maria Garcia can be reached at [email protected] 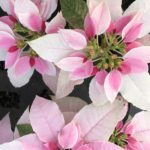