Read about an insider's visit to Spring Meadow Nursery and Walters Gardens.

Given the headline of this month’s article, you might think I was writing a piece for a soap opera digest. But before you begin to envision heaving bosoms and melodramatic intrigue, take a deep breath and come back down to earth.

This month I write this column to you from the plane heading home from a visit to the positively amazing home of Proven Winners perennials and shrubs — Spring Meadow Nursery and Walters Gardens near Grand Rapids, Michigan.

To say that I felt incredibly spoiled would be an understatement. It was truly a privilege to see behind the scenes of these large-scale operations that our customers will never see and fully understand. But, I feel it’s important for all of you to get even a small taste for what I saw and to understand why this visit represents these companies as groups of people with a passion for what they do just like you and your business, and that they are not just a nameless, faceless corporate entity that ships plants. The amount of devotion and spirit that goes into bringing these plants to market that we get to sell and design with season after season was palpable to say the least.

I met PR pros who could put Kardashians to shame. Walk and talk with them for an hour or two and you truly get a sense for why they love their jobs and the people they work with every day. It’s part of their lifestyle, not just a daily grind.

I met scientists working on breeding new plants whose eyes positively lit up with excitement over their creative freedom and that what they’re working on today might be on the market in eight to 10 years. Not to mention how excited they got with all the jargon they used that went right over my hort-nerd head. But, I’m very good at nodding and looking like I absorbed and understood it all. Being there to enjoy their eager, young enthusiasm and thirst for wanting to do more was a treat. Plus, they wanted MY opinion, which was very flattering indeed.

I met next-generation owners who asked for my opinion on super exciting new perennial introductions and took to heart my feedback as a private designer and salesperson for their sales team to ponder. The energy and interest for how much each individual contributes to the process was obvious, and it was plain to see how valued each person felt there. This is such a rare thing to see these days in large organizations.

I met production workers who were equally comfortable working cutting-edge, high-tech machinery as well as weeding row after row after row of plants in a summer hot space whose size could make an airplane hangar blush. I also met production workers who were tasked with incredibly detailed piecework where the intensity of focus as well as speed was impressive. I watched as a crew of talented workers set up a machine that was invented and custom made specifically for making what would have once been intensely back-breaking labor take no time at all and allowed workers to take on other high-value tasks.

I also watched as a new machine demonstrated how it could pick up cuttings and get them planted in trays by the thousands in the time that it might have taken humans hours and even days to do a fraction of that amount. I was also mesmerized watching one worker operate a machine that graded infant plants with video and machinery that used the same video with robotic arms to then sort them into groups and he did it with skill and speed that was extraordinary.

I witnessed the pride of workers packing plants into boxes and the ingenuity they came up with to make shipping even safer for plants than it has ever been before. This explains why my sample plants made it all the way to Seattle in such excellent shape!

I also got to see the same pride that went into building pallet racks by hand one by one, custom sized to be able to flex depending on what height the plants are that get shipped. I never would have thought of that one, but it makes so much sense when they can do this faster and better than pre-made pallets. And who would have thought that the rooms for sorting and storing tags would have been such a source of endless intrigue and discussion. WOW! Do you sort them by most sold for easier, more efficient access? Or sort them by alphabetical? Both ways worked beautifully.

The incredibly huge numbers of plants that move through these company’s facilities were positively awe-inspiring. To literally not be able to see as far as the end of the greenhouse puts the entire visit into a long-view perspective too.

As someone who’s been a nursery salesperson, buyer, manager and designer for more than two decades now, I am fortunate to have some great insight on trends, styles and buying changes over the years. But, to be a witness to the incredible zeal that this new generation of horticulture professionals has for what is coming down the pipeline for all of us to enjoy is pure magic.

It was a joy to get to know the amazing people at these incredibly fine companies even for a short time. If you ever get the chance to visit them on their home turf, I would highly recommend it.

It sure puts meeting them all at a trade event in a whole new light, and I am one “Horticultural Guidance Counselor” who is forever changed by it. My hats off to all of them! 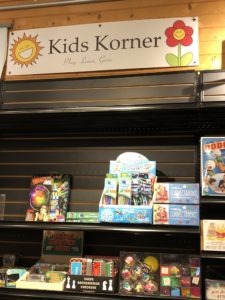