January 2015
Surviving the Climb … and the Descent By Wayne Rivers

At a recent conference the speaker ahead of me quoted a fascinating statistic: 80 percent of the climbing deaths on Mount Everest occur on the descent!

We all know that attempting to scale Everest is a daunting physical and mental challenge, which no human being had successfully done prior to the 1950s.

We also know that, for a host of reasons, it is an undertaking that frequently results in physical injury if not death; even today with all the advances in technology and equipment, almost 10 percent of Everest’s climbers lose their lives.

I was struck and surprised by that 80 percent statistic! My assumption was that deaths on Everest occurred as climbers struggled in vain to reach their goal of attaining the summit.

Why might it be the case, then, that 80 percent of the deaths occur on the way down?

Here are a few reasons:

1. Exhaustion. The climbers are just plumb worn out! They’ve used all their energy, focus and resources to achieve the goal of the summit. They just don’t have much left in the tank for getting off the mountain.

Tired people make mistakes, and on Everest mistakes made out of fatigue can kill.

2. Euphoria. Having reached a goal so few human beings ever achieve, their hearts and minds are filled with euphoria and elation.

Most climbers had held the dream of conquering Everest for years, if not their entire lives. Having reached the top  literally  they’re overcome with a giddy sense of euphoria and, consequently, they let their guards down.

3. Planning. Most of the planning for conquering Everest goes into the ascent. Having ascended successfully, the assumption is that getting off the mountain will be easy by comparison. It’s not. The journey down is just as treacherous if not more so.

Think about the times you have had a close call on the stairs in your own home. If you have a little stumble going up, that’s usually not too bad; you can catch yourself. However, if you stumble going down the stairs, that might be a different story altogether. Stumbling on the journey down from Everest can be a killer.

4. Relaxation. Climbers coming down the mountain are more relaxed for some of the reasons listed above.

The goal having been achieved, they breathe out huge sighs of relief, and the weight of their immense tasks fall from their shoulders. They relax, sometimes to the point of complacency, and there is no room for complacency in such an unforgiving environment.

OK, this is all very interesting, but what does it have to do with your garden center? The same four elements that increase the danger of an Everest climb also apply to family businesses, don’t they?

Running a successful garden center for five, 15 or 35 years is an absolute recipe for exhaustion!

Many family business leaders, whether they’re willing to admit it to themselves or not, are suffering from years of mental and physical stress, fatigue and even burnout.

Tired people make mistakes, and no one is immune from this fact.

Following the record years 2006 through 2008, many family business leaders were giddy with their new heights in sales, profits and head count.

Because of their euphoria, they didn’t see The Great Recession looming before them, and they were somewhat slow  maybe out of disbelief that things could shift direction so quickly  to react.

Their euphoria morphed into fear and loathing, and, trapped in reaction mode to a worsening business climate, some garden centers have not yet recovered to their former highs.

Family business leaders are conditioned to always plan for growth  the ascent, in other words.

It’s hard for them to get their minds around a declining economy, or what we might refer to today as The New Normal, where growth is hard-won indeed.

Since most of their planning muscles had been developed to contemplate growth (the way up), they may not have quite the same capabilities for planning in today’s fragile, low-growth/no-growth economy.

Or, worse, they may have stopped planning altogether and exist in a reactive, firefighting, hurry up, daily crisis mode.

Many family business leaders have, over time, become relaxed to the point of complacency.

They rationalize, “Our business has been here for generations. We’ve grown from Mom and Dad’s humble beginnings to being a large and powerful presence here in our community. We have been recognized with civic and industry awards. We’ve had some amazingly profitable years, and we’re financially pretty well off. This is a family business dynasty, which will continue forever! We don’t need to make any changes at all, we just need to keep doing what we’re doing.”

If these kinds of sentiments have ever been uttered under your roof, they are dangerous words indeed! It’s all too easy, when business is good, for us to read and believe in our own press clippings.

Running a business today is more challenging than it’s ever been, and complacency resulting in a failure to objectively and critically analyze your strengths, weaknesses, opportunities, threats and barriers could be a death sentence.

Don’t fall prey to the “death on the way down” statistic!

Now more than ever  for reasons like the whipsaw economy  the need to do more with less, accelerating technological changes and ever-intensifying competition  family businesses need to plan, renew and reinvent.

PDF: Surviving the Climb … and the Descent

Wayne Rivers is president of The Family Business Institute Inc., a firm that delivers interpersonal, operational and financial solutions to help family businesses achieve success. He will present his "Top 9 Reasons Family Businesses Fail" at the Next Level event Feb. 3-5. Sign up for his Family Advisory eNewsletter at www.familybusinessinstitute.com. 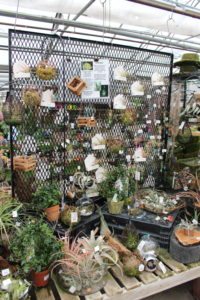 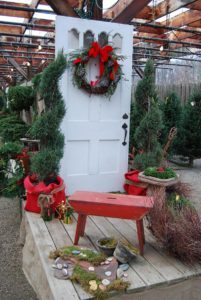