Over the past decade, numerous studies on the science of wild bird feeding have yielded results that can be used by independent retailers to sell consumers products that will attract more birds that consume more seed.

The inaugural project of the foundation was Project Wildbird, a three-year, $1 million study of birdseed and bird feeder preferences conducted throughout the U.S. and Canada for which I served as the principal Investigator.

Over the course of the study, over 100 participants recorded over 1.25 million visits of birds at feeders. Black-oil sunflower, medium sunflower chips and white proso millet were the three most popular seed types with 21 of the top 23 species observed in the study preferring at least one of these three seeds.

On the contrary, seed types such as red milo and cracked corn were less attractive to birds with only one of the top 23 species preferring cracked corn and none preferring red milo. This information can help independent retailers select birdseed blends that contain more of the seed types that birds consume and avoid seeds they don’t.

A survey was also distributed as part of Project Wildbird to over 1,250 individuals asking why they feed birds and how their bird feeding experience could be enhanced. Among the most popular reasons that people fed birds was because it was a hobby, it brought nature and accompanying sound to the yard and people wanted to help the birds.

Retailers can use this data to offer product lines that not only include seed blends with the most preferred ingredients, but other types of feeders and food that are attractive to bird species that consumers want in their yards.

The Benefit of Supplemental Food

Given that many people feed birds because they want to help the birds, my colleague at Millikin University, Travis Wilcoxen, more than 10 undergraduate students and I set out to ask the question: Does wild bird feeding improve the health of individual birds? (i.e., does bird feeding help birds?).

The study took place from spring 2011 to spring 2014 at six forested sites in central Illinois, and over the course of the study nearly 1,500 birds were captured and health measures taken. When the study launched, none of the six sites had supplemental food, so baseline data could be collected. In summer 2011, we added a feeding station to three of the sites while three sites served as controls where supplemental food remained absent.

Beginning as early as fall 2011, we began to see consistent improvements in the health state of individual birds with access to supplemental food compared to those without. Among the improved health measures when birds had access to supplemental food were: improved body condition index, lower stress, greater antioxidant capacity, greater nutritional condition and greater immune function. One health measure that did not improve was disease, where we found that birds at feeder sites had greater symptoms of disease compared to non-feeder sites.

During the summer of 2013, we removed feeders from the three forested sites that had feeders over the past two years, and then captured birds the following spring to determine to what extent birds may become dependent on supplemental food. What we found is that birds had equivalent health states at sites that never had feeders compared to those that had feeders up through the previous summer.

This means that the birds in our study did not be- come dependent on the feeding station; rather birds consumed the seed we provided as a supplemental food source, acquired improved health factors while using feeders and reverted to the previous health state when feeders were removed.

Studies such as this one are important to independent retailers because it provides answers to questions that store owners are regularly asked by customers including, “Does bird feeding help birds?” and “Do birds become dependent on bird feeding?”

Studies of wild bird feeding are being performed by scientists across the country and throughout the world, and the field continues to gain prominence. In addition to longstanding research at institutions such as Cornell Lab of Ornithology and Bird Studies Canada including Project FeederWatch, symposia at scientific meetings are now dedicated to the topic.

How will scientific research shape the wild bird product category in the coming years? It is likely that scientists will continue to study the impact of wild bird feeding, and in particular, how to reduce disease at feeders and establish best practices for cleaning feeders.

We are also beginning to see important innovations in areas such as hummingbird feeding and the development of easy to fill and easy to clean feeders. Packers are likely to be on the lookout for new types of commodities or seed hybrids to add to their blends.

For example, we have a better understanding of specific characteristics of individual seeds that birds prefer. In a study my student and I conducted on black-oil sunflower, we found seed consumption was 31 to 49 percent greater at the highest oil content variety compared to any other seed variety offered simultaneously.

We also found that for three bird species, birds would select shorter and deeper seeds with lower oil content at an equivalent rate to longer shallower seeds when both were available at the same time, indicating that seed shape is another important factor influencing what seeds particular species consume.

Retailers can play an important role in advancing scientific research in the wild bird feeding hobby by asking questions from their suppliers about the efficacy of the products and to continually provide suppliers with feedback on the products.
There is already an enhanced interest in testing products before they reach retailers. In 2015, the WBFI International Research & Development Center was formed. This wild bird feeding test site is now hosted at Millikin University in Decatur, Illinois.

At the test site, bird feeders and bird food are tested through standardized, side-by-side comparisons of blends or feeders providing companies with information on how different variations of their products perform.

For retailers, this means that some distributors have the ability to provide you with data on how each of their seed blends performs in metrics such as daily seed consumption and bird visits for particular species. Ultimately, this could allow you to choose among seed blends of similar price points that may have different results relative to bird attractiveness.

Bird feeding is a popular pastime with tens of millions of Americans participating and spending billions of dollars on an annual basis. By applying the science of wild bird feeding to one’s purchasing decisions and sharing the results of scientific research with one’s customers, independent retailers can identify bird seed blends and feeders most attractive to birds resulting in greater food consumption, more birds, and hopefully, increased sales.

David J. Horn, Ph.D., is a professor of biology at Millikin University in Decatur, Illinois. He can be reached at [email protected]. 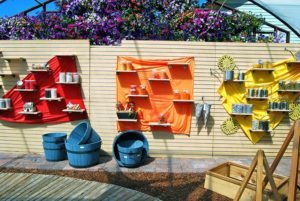