Lawn & Garden Retailer is among several of Great American Media Services’ business-to-business titles to be named finalists in the 2022 Folio: Eddie and Ozzie Awards, the publishing industry’s most prestigious and coveted honor for... more » Proven Winners Roadshow events will take place this fall, aimed to provide inspiration for growers and retailers to grow their business in 2023. These day-long educational events are hosted by the Proven Winners team of plant... more »

The Sidney B. Meadows Scholarship Fund, created in 1989 by the Southern Nursery Association (SNA), has announced the names of 13 students from seven southeastern universities chosen to receive academic scholarships this year. Eight of... more » AmericanHort is looking for industry members to take a Nursery and Greenhouse Employment Survey, in partnership with the the University of California-Davis and Arizona State University. Craig Regelbrugge, executive vice president, advocacy, research, and industry relations, and... more » August 3, 2022
Economy Is Strong Enough to “Keep a Recession at Bay,” NRF Says

Despite two consecutive quarters of decline, the U.S. economy still does not appear to be in a recession and remains unlikely to enter one this year, National Retail Federation Chief Economist Jack Kleinhenz recently said.... more » 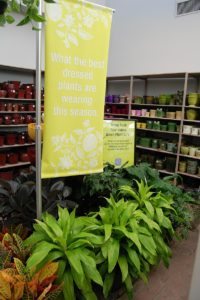