After nearly 25 years of service, Nick ten Pas is retiring as managing director at Benary.

“On behalf of the entire Benary family, I would like to express my gratitude to Nick ten Pas,” said Klaudia Benary-Redlefsen. “He was there at a very critical time for our family business, as he was the bridge between the fifth and the sixth generation.”

Born and raised in the floriculture industry, Nick ten Pas joined Benary in 1997.

After successfully leading and reorganizing Benary’s seed production, he was promoted to managing director in 2005, responsible for breeding, supply chain and production. Under his leadership, Benary professionalized all technical areas and developed Benary into a truly global organization.

“Nick’s success is obvious and measurable,” said Matthias Redlefsen, co-managing director. “Over the last 10 years, Benary has more than doubled its sales and multiplied its profits. In fact, Nick’s last year with Benary has been financially our most successful year in all the 178-year-long history.”

Nick ten Pas’ succession was planned well in advance and has been implemented as of summer 2021.

Klaudia Benary Redlefsen: “On behalf of all Benaryans, I say ‘Thank you, Nick, and all the best for your well-deserved retirement!’” 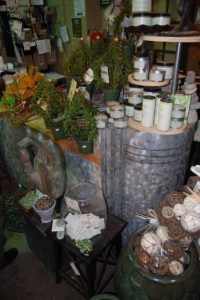