Born in Berlin, Wertheim fled Nazi Germany in 1939. He opened a landscape architect firm in 1940 and had been a mainstay in the industry ever since.

In 1941 at a Hollywood gathering, he met Margrit and in 1942 he asked for her hand in marriage. She agreed with the stipulation that he promised to take her skiing for the rest of her life. The marriage lasted nearly 75 years. Margrit and Ernest settled in San Francisco, where they raised two sons, Andy and Rick. The Wertheims have one grandson, Brian.

Over the years, Wertheim has done so much to further the success of the green industry, especially the retail sector. Wertheim was a speaker at innumerable conferences and workshops over many decades where he gave his expert advice to multiple generations of retail businesses. His keen sense of business, coupled with his knowledge of national and international trends, were well known and respected. Adding Hemp as a Product Category 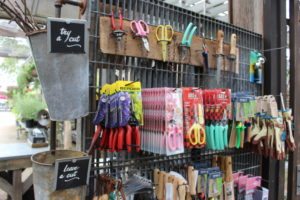