Retail sales saw solid growth during June, increasing in most categories on a monthly basis and across the board on a yearly basis as the recovery from the coronavirus pandemic continued, the National Retail Federation recently reported.

“Continued growth in June retail sales shows enduring strength in the American consumer,” NRF President and CEO Matthew Shay said. “Heading into the back-to-school season, we expect record sales as families purchase electronics, shoes and backpacks for in-person learning this year. However, as the drop in monthly auto sales indicates, retailers are facing product shortages and supply chain constraints. We urge Congress and the administration to enact meaningful, bipartisan infrastructure legislation that is critical for retailers who depend on a safe, reliable and efficient transportation system to drive further economic growth.”

“We’re continuing to see an impressive recovery,” NRF Chief Economist Jack Kleinhenz said. “The economy and consumption are particularly sensitive to government policy, and the boost we saw from government support earlier in the year is continuing to show benefits. Reopening of both stores and the overall economy has progressed, and even higher prices seen in some retail categories reflecting the push-and-pull of supply chain challenges haven’t proven to be a deterrent to spending. As more people get vaccinated and get out, some of the growth will shift to services rather than retail but there’s enough momentum to support both.”

The U.S. Census Bureau said overall retail sales in June were up 0.6 percent seasonally adjusted from May and up 18 percent year-over-year. That compares with a decrease of 1.7 percent month-over-month and an increase of 27.6 percent year-over-year in May. Year-over-year increases were unusually high this spring because most stores were closed by the pandemic during those months last year, but some stores had started to reopen by last June. Despite occasional month-over-month declines, sales have grown year-over-year every month since June 2020, according to Census data.

Sales saw a boost from the annual Amazon Prime Day promotion, which was also joined by many other major retailers. Record-high temperatures in some parts of the country and tropical storms in others may have affected sales, and methodology the Census Bureau uses to adjust results for seasonal variations may have affected the numbers reported by the agency.

For the first six months of the year, sales were up 16.4 percent over the same period in 2020. With the rate of growth expected to slow in the second half of the year, that is consistent with NRF’s revised forecast that 2021 retail sales should grow between 10.5 and 13.5 percent over 2020 to between $4.44 trillion and $4.56 trillion. As with NRF’s monthly calculation, the forecast excludes auto dealers, gas stations and restaurants.

June sales were up year-over-year across the board, led by increases at clothing, electronics and furniture stores, and also up in two-third of retail categories on a monthly basis. Specifics from key retail sectors include: 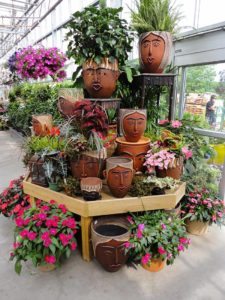 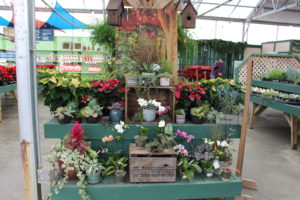