The convention center has housed the event for the last 40 consecutive years. Since its inception in 1970, MANTS has grown into one of the largest trade shows in the country serving the ornamental horticulture industry.

“It has been an honor to follow in my parents’ footsteps and lead the team that brings MANTS to life each year,” says Vanessa Akehurst Finney, executive vice president. “Since 1970, our goal has been to connect professionals throughout the country, and around the world, in order to facilitate industry commerce and networking. We work hard to make sure that MANTS is the place to buy, shop, meet, see and be seen every January.”

In 2019, MANTS welcomed more than 11,600 registrants to the Baltimore Convention Center, reportedly the largest number of registrants since 2008. Some 956 exhibiting companies participated, spread throughout more than 1,550 booths. 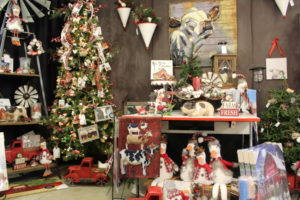