The Plantscape Institute of America members voted last month to become part of AmericanHort in order to expand the community of interior plantscape professionals and to consolidate programs.

The Plantscape Institute of America (PIA) members voted last month to become part of AmericanHort in order to expand the community of interior plantscape professionals and to consolidate programs. Last year the PIA board of directors invited AmericanHort to become the home for PIA’s members and its key activities. By doing so, hundreds of plantscape firms and product suppliers are now served by a singular association.

PIA, formally known as the Plantscape Industry Alliance, has a history of mergers that expanded its footprint. Founded in 1990 by the consolidation of four California plantscaping associations, PIA grew into an organization that served professionals in Canada and the United States. The unification with AmericanHort has been in the works since the summer of 2014 when PIA combined its annual Plantscape Industry Expo with the AmericanHort Cultivate’14 event.

These will combine with established AmericanHort activities, including the annual Interior Plantscape Symposium, advocating for small business concerns, and representation on the Interior Industry Coalition. 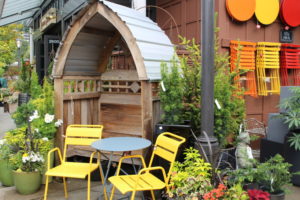