More than 90% of floral industry members responding to a Society of American Florists survey reported they were open for business Mother’s Day week. 70% of floral industry members responding to the survey saw an increase in Mother’s Day sales — with many saying they could have sold even more flowers if they’d been able to source additional product or bring in more staff.

“We are very pleased with the results from the Mother’s Day holiday, and how the industry has been buoyed by an uptick in sales for those businesses that were operating in some capacity,” said SAF CEO Kate Penn.

Polling firm Ipsos also conducted a consumer survey this month on behalf of the Society of American Florists, and found only a slight decrease in the number of American adults buying Mother’s Day flowers and plants this year — and a slight increase in their median and average spending per gift.

“We’re really encouraged to see that spending increased, despite the many potential obstacles — financial, logistical — that could have driven floral spending on gifts downward,” said Penn. “Anecdotally, we’ve been hearing that average order values were up, and the SAF member survey confirms this, but it’s good to see it also confirmed in this consumer research.”

This year’s consumer poll found that about three in 10 American adults bought fresh flowers or plants as gifts for Mother’s Day. Nearly 60% of the floral gifts purchased were fresh bouquets and fresh arrangements.

To learn more about SAF or to join, visit safnow.org. 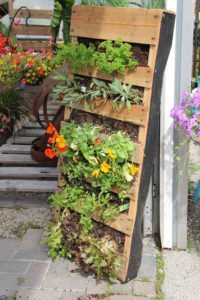