Organizers of Nursery Guide LIVE virtual marketplace have announced that the event has been rescheduled due to winter storm damage and widespread power outages.

The show now will take place four weeks later, on Wednesday and Thursday, March 17-18. It originally had been scheduled for Feb. 17-18, but this was before an ice storm the weekend of Feb. 13-14 put a major crimp in plans.

The once-in-a-generation weather event caused power losses across Oregon, as well as ice damage at several Oregon nurseries. This resulted in the need for an “all hands on deck” approach at these nurseries, to assess the damage and get everything up and running again.

“Some of our nurseries were affected more than others, but enough of them are affected to such a degree that they need their team members in the field,” said Allan Niemi, show director. “The right call was to reschedule Nursery Guide LIVE so everyone can fully participate. We will hold the show a month later than originally planned. An online event gave us the flexibility to do this, and we’re still excited to show what our online virtual event platform can do.”

Kyle Fessler works at Woodburn Nursery & Azaleas and is serving as the current president of the Oregon Association of Nurseries, which is producing the show. He said that Nursery Guide LIVE will be ready to roll in a month, and so will nursery professionals.

“We are excited about the multitude of business-to-business activity this new platform can generate for large and small nurseries alike,” he said. “With so many of us working diligently to keep shipments to our customers, clearing debris and dealing with power outages, it is the right thing to do to delay a month.”

Customers with orders pending are encouraged to contact their grower for updates on shipping and availability. 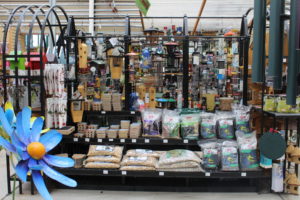