May 2015
Loyalty Works Both Ways By Stan Pohmer

Have retailers collectively lost their minds, not being able to remember who helped keep them in business through good and, more importantly, bad times?

Have they forgotten that customers are thinking, rational, feeling and perceptive individuals who have choices about where to go to shop and spend money?

Have they failed to appreciate the reality that consumers have emotions and intrinsic needs that must be met and, if you don’t fill them, that they have long memories and are quick to find someone else who will?

There are plenty of examples to demonstrate this insanity, but here’s one that I think you’ve probably recently heard about that we can all relate to.

Who Takes Your Call

Competition among the major cellular phone services is cutthroat, and they spend tons of money publicly bashing each other on TV, in print ads and via direct mail.

The cellphone ownership/use saturation rate among adults in the U.S. has reached 91 percent, meaning there’s a limited market to harvest in new users, so the financial success of these carriers comes from stealing customers from competitors, selling existing customers more value-added features and convincing existing customers to upgrade their hardware to a newer model with more bells and whistles, which also requires more bandwidth and data to use and enjoy, meaning higher plan costs.

Sprint, one of the big four cellular carriers, is currently running a national marketing campaign designed solely to pirate customers away from AT&T and Verizon.

Their enticement, illustrated with chain saws and samurai swords slashing AT&T and Verizon billing statements, is that Sprint will cut their competitor’s bills in half … if you switch to Sprint.

And, to get the best rate plan, most people sign up for a two-year contract with their carrier, which includes a pretty substantial “breakup fee” for early contract cancellation: As part of this campaign, Sprint is offering to pay this AT&T and Verizon cancellation fee (more correctly to give you a credit in the cancellation fee amount on your first Sprint bill).

Now there are a few caveats as part of this campaign, namely you have to turn in your competitors’ phone to Sprint and purchase a new phone from them (not a deal breaker for most people considering switching because most folks are looking for an excuse to upgrade their phones to the newest, latest and greatest model anyway).

And the pricing on the new Sprint plan is good for as long as you own your new Sprint phone (if you change devices in the future, the rates will change to Sprint’s regular pricing schedule).

So switching to Sprint is a pretty sweet deal for an AT&T or Verizon customer, especially if you’re in the market for a new phone. Full disclosure: I have AT&T service and am not interested in jumping ship to another carrier; their base rates are competitive, I enjoy the ability to turn international features on/off as needed when traveling out of the U.S., and I’ve had great experience with them since 1984 (how’s that for loyalty?). My wife, however, has Sprint.

The Sprint promotional campaign is clearly directed toward non-Sprint cellphone users in order to increase their share of market based on customer count by encouraging AT&T and Verizon customers to switch to Sprint; it is not in any way directed toward their existing customers or first-time phone purchasers.

I went to our local Sprint store to see if, by chance, there was anything in this campaign that might benefit current Sprint customers, and the answer was a resounding “no!”

Their explanation for this was, “This ‘Cut Your Bill in Half’ event is available to customers that are new to Sprint so they can experience the same great value you already enjoy.”

That’s corporate-speak for “we care more about new customers than we do for our ‘loyal’ customers.”

I felt screwed over, frustrated, angry and disappointed that Sprint was offering a better deal to someone who they had never done business with before while we, who had been loyal to Sprint for over 10 years, were basically ignored, relegated to second class citizen status.

By the way, the rate plan of this “event” was substantially lower than what I’m currently paying on my wife’s plan, and I’m locked into the plan for another year under our two-year contract. So much for taking care of and being loyal to existing customers!

Why Trust is Key

Traditionally, “loyalty” is a structured program instituted by the retailer to reward customers for being frequent purchasers.

The retailer makes the rules and the execution is pretty democratic … anyone who meets the criteria reaps the reward.

Customers are challenged to be loyal to your brand and are then compensated in return. And most of the rewards in traditional loyalty programs are price-based, e.g. buy 12 cups of coffee at Starbucks and get the next one free, or get credited with points based on the amount of your purchase at the office supply or sporting goods stores and you get to spend the points against a future purchase.

But are these types of promotion really building loyalty to you and your brand? Or are they simply Pavlovian, a conditioned response to a price-based stimulus?

If the only reason someone is loyal to you is because of the discounts and perks they receive, what happens if the perks and discounts go away? Will they continue to be loyal to you? (Case in point, the next time I see a better offer from one of Sprint’s competitors, I’m switching my wife’s plan!)

Loyalty isn’t a program; it’s a mindset and action framework retailers need to have about how they engage and treat their customers.

You earn the customer’s loyalty. Remember the classic definition of loyalty: trust built over time based on positive repeated experiences.

Customers want their needs anticipated and met. Everything the retailer does needs to be done with the customer in mind.

Make their lives simpler, their experience with you enjoyable, offer them value the way they define and desire it, respect them and their time, and be consistent. To earn loyalty from your customer, you must first demonstrate loyalty to them!

A truly loyal customer buys in to who you are, what you do and how you do it and can not only be the stalwart core of your business but also your biggest and strongest advocate and supporter.

Loyalty: trust built over time based on positive repeated experiences. A simple formula, but difficult to achieve. And it will only work if you first show loyalty to your customer; only then can they reciprocate. My Money Is on You 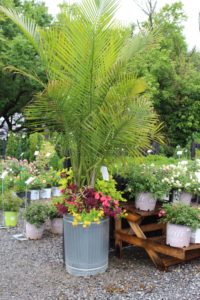 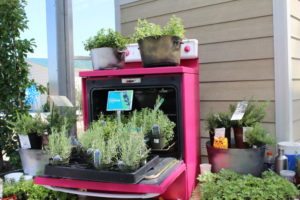