The Garden Center Group has released results from its 17th Annual P&L Study for 2020. The study, which was first conducted in 2004, has never seen the level of increases reported this year. The results were shared during the GROUPtalk LIVE Series Session during a presentation by Steve Bailey and Tim Quebedeaux of RetailKPI Consulting, The Garden Center Group’s financial programs managers.

Total sales were reported at +25.1% over the previous year. This was a result of both average sale increase of +10% and transaction counts increase of +14%. The overall gains by all member IGCs reporting resulted in a new higher level of benchmarks.

During the presentation, Bailey and Quebedeaux shared a graph of an average IGC member with annual sales of $1,000,000, illustrating the growth and revenue over 17 years of the study. You can see in the illustration the effects of the Great Recession (2009-2012) as well as the growth that followed, and the quantum leap in 2020. Of course, this revenue growth was a result of increased consumer interest in gardening during the pandemic, but interestingly amid a time when most IGCs were operating with unprecedented restrictions, reduced hours and less staff.

“We expected the results to be higher than normal, but they have set a new level of benchmarks,” said Danny Summers, managing director. “Our P&L study is the longest running and most comprehensive study of its kind in North America. Any center who has participated in past years knows this for a fact. What began as a simple compilation of just a few numbers has continued to develop into a very complex and detailed benchmarking system. The average individual center’s report is now 18 pages — that’s not just a few numbers!”

Steve Bailey describes the earliest attempts to bring together a few member IGCs’ P&L reports as a difficult task he compares to “herding cats.” He, Robert Hendrickson, Sid Raisch and others developed a standardized Chart of Accounts they felt most member IGCs could report. The results of continual improvement over 17 years, dedication to both refining the processes and comparisons, and IGCs’ commitment to participate and share their financial data has brought this Annual P&L Study to its recognized position as an industry exclusive benchmarking program.

But being an industry exclusive benchmarking study isn’t the real story; rather, it is in the benefits gained by all who participate in the study. There is a real difference in the way they manage their operations and the results achieved. 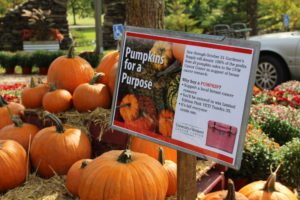 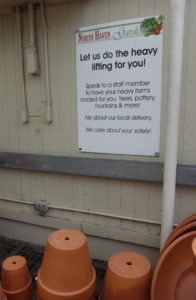