Whether you have a current increase or decrease in year-to-date sales, you’ll want to read how to handle the rest of 2017.

Friends, you may be up, you may be down (in profit) depending on who you are and when you are reading this.

I get to write this in late-April so you can read it in July. Your story of the spring of 2017 has unfolded. You and your peers may have vastly different stories.

I’ll cover the two main ones that are divided by either an increase or a decrease in year-to-date sales, so you each get something significant out of this, if you apply what you learn here.

There are two possible ends. One is the end that happens because you accept what you have earned or didn’t earn, and don’t take control of it. The other is the end that you make happen, which I call the Possible Profit End.

Too often business owners and associates create a self-fulfilling profit prophesy by being content with a “good spring” and resting on their laurels, or by giving up too soon after a dismal spring season.

Whether you are up or down in year-to-date sales, I encourage you to stick with it until the end. The best that could happen has not yet happened.

What may seem at this point in the year to be a slam-dunk profit can and will erode to nothing but a year-end heartache.
If your year so far is disappointing, consider that the worst that can happen is far worse than the best you can make of what you have now. I’ve coached many clients to pull an increase in profit out of what appeared at the end of May to be a bad year.

There are two most hopeful strategies to manage to the Possible Profit End:

Let’s be honest in advance. If you do again exactly what you did a year ago you can expect pretty much more or less the same result. But if you increase the effort you will also just as likely increase the result.

This clarifies reality and puts you in a position to eliminate doing that which didn’t work. If you decide now to not put effort into those things that didn’t work, it proactively and systematically frees up time and energy to do more of the things that did work, if you actually do these things rather than just wish for the Possible Profit to come your way by the end of the year. If you didn’t do anything to increase sales, you may as well try something.

Hold up a minute. If your list includes discounts and coupons, just forget about those because they erode profitability even if they increase sales.

Instead be proactive with real selling activities to engage your customers. Start with getting out of the shade or air conditioning and get out there to greet each and every customer who comes through your gates.

Everyone thinks they are controlling expenses, but they are still spending. So there is room to spend less, to save more. Since every dollar that is spent now represents a dollar of Possible Profit, we take all of them very seriously.

Would you be surprised if I again suggested striking a line down the center of a piece of paper?

Let’s label the left column “Impossible Profit” and the right column “Possible Profit.” Now list on the left the items and money that you spent from June 1 to the end of the last year. And in the column on the right list items that you could not buy and the dollars that would be added to your Possible Profit.

PROFIT is a POSSIBILITY, Not a Miracle

Deciding to hold back on spending means holding back profit by not spending every dollar you can not spend. This is not a revolutionary concept.

Instead turn your energies and focus toward increasing sales day by day and week by week until you make the Potential Profit become the Real Profit End.

Avoid the trap of saving money by not bringing in a regular small supply of fresh plants you are certain you can sell before you have to pay for them. Your customers will ask for plants you won’t have and you need to be OK with this.

Sell what you have on hand whenever you can, but also sell what your customers want to buy that you don’t have by selling from your suppliers’ online inventory.

PDF: Manage Your Year to the Possible Profit End

Sid is a consulting service provider to The Garden Center Group and serves as president/CEO of Bower & Branch. He is a board member of AmericanHort and Come Alive Outside. Sid has been inventing and reinventing the way things “don’t get done” into “get it done” strategies that increase profit-ability, marketability, operability, and owner-ability of garden centers, landscape operations and a few wise suppliers of plants and products. It’s not 38 years of the same thing, it’s 38 increasingly effective years dedicated to improving and re-inventing the inter-dependent horticulture supply chain. He can be reached at 937.302.0423 or [email protected]. 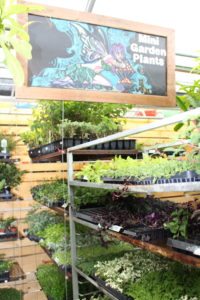