The dramatic rise in domestic and global business costs over the past decade have reportedly led to a decision by PanAmerican Seed to make changes to its pricing structure and price lists. To keep pace... more »

The landscape service of Ball Seed has announced the 2021 edition of its THRIVE Landscape Solutions brochures. These annual resources continue to put expert, regional plant advice in the hands of greenhouse growers to help their landscape... more » After a six-year battle against cancer and liver failure, City Farmers Nursery founder Bill Tall ("Farmer Bill") passed away at home on Tuesday, Jan. 26. In 1972, at the age of 16, Bill came down... more » PanAmerican Seed recently announced its next Beacon charitable donation will go toward the fight against Pulmonary Fibrosis (PF), a progressive and deadly lung disease. Both the Canadian Pulmonary Fibrosis Foundation and its counterpart in The Netherlands, the Dutch... more »

Vaughan’s Horticulture and McHutchison recently announced that they have made a long-term commitment to the Chicago region by consolidating each company’s young plant division into one Chicagoland office in the western suburb of Naperville.. “This... more »

Garden Communicators International (GardenComm) has scheduled a slate of online educational workshops, reaching into May 2021. GardenComm’s 2021 online learning opportunities will take place in a virtual environment, making them accessible to a broader audience.... more » 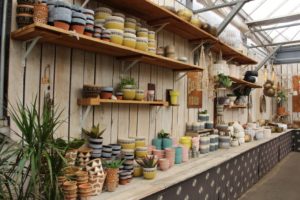