Dümmen Orange received 13 ribbons — one blue and 12 red — for participating in this year’s Society of American Florists’ (SAF) Outstanding Varieties Competition, which was recently held in conjunction with that organization’s 136th annual convention... more »

Organic gardeners throughout the United States can compete for prizes as the first-ever Johnny Appleseed Organic Invitational began on Sept. 26. The launch date coincides with the birthday of John Chapman, the real-life American frontiersman... more » Spring may get all the fanfare, but the fall landscape has its own sense of style, color, and excitement. As your summer color fades, independent garden centers can offer their customers some new energy with... more »

The Sidney B. Meadows Scholarship Fund, created in 1989 by the Southern Nursery Association (SNA), has announced the creation of a new named scholarship to honor Alta Marie “Sally” Smith. The scholarship is being fully-funded... more » 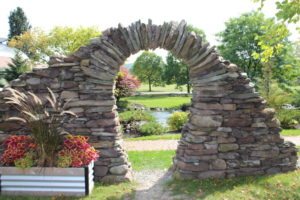