Costa Farms will open its Miami, Florida, trial garden on March 4-5, 2021, to brokers, growers and other members of the industry for an opportunity t... more »

Terra Nova Nurseries has announced the promotions of Rebecca Orr to marketing manager and Chris Park to research and development administration and co... more »

Monrovia CEO Miles Rosedale to Step Down After 40 Years

Monrovia Nursery Co. recently announced that Miles Rosedale will step down from his role as CEO but remain co-chairman of the Board of Directors, effe... more » 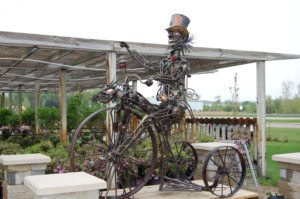 2021 TPIE Canceled Due to Coronavirus