May 2007
Bog Gardening With Carnivorous Plants By Larry Mellichamp

When school kids and their parents visit the University Botanical Gardens at the University of North Carolina, Charlotte, they are invariably drawn to the unusual displays of colorful carnivorous plants. The horticultural attractiveness of these plants allows the univeristy to fulfill its educational mission and tell how the plants work and where they originate. People also want to know how to grow them. What kid has not

The secret to this interaction is having showy displays that people can get close to and touch. There are no man-eating plants like we see in old movies. And these carnivorous plants don’t live in steamy, dense jungles or dark, damp caves.

Venus flytraps (Dionaea muscipula) can grow to 6 inches across with 1-inch traps on the ends of their leaves. Pitcher plants (sarracenia species) range from 6 inches to about 3 ft. tall. Sundews (drosera species) rarely exceed 8 inches tall. They all grow in open, sunny meadows in low-nutrient, acidic soils.

Carnivorous plant habitats  variously called bogs, pitcher plant meadows, savannas or long leaf pine flatwoods  depend on frequent fires to keep any one species of tree, shrub or grass from taking over and choking out other species. These wetlands contain the most diverse array of species of wildflowers, carnivorous plants and shrubs in the temperate zone but have decreased in abundance by more than half during the past 100 years due to draining, development and fire suppression. They can be grown in full sun, a dish garden or a bog garden bed, but they must be kept moist 24 hours a day and 7 days a week.

A bog garden bed is usually lined with a rubber pool liner with a few holes in the bottom and then filled with a peat and sand mixture. The soil should be low nutrient but not sterile, acidic and constantly moist but not standing-water wet.

Pitcher plants and their associates are peren-nials. Plant them in October or April when roots are active. The plants overwinter outdoors very well and are hardy well below 0° F if kept moist. If you bring the potted dish gardens inside for the winter to avoid the effects of freeze and thaw, keep them as cool as possible since they do not grow during winter months. Keep them in a well-lighted area as they resume growth when you least expect it as the days lengthen in spring.

Pitcher plants have colorful pitcher tubes that are modified leaves. They may be all green or, usually, variously marked with red veins. The most widely grown species, the purple pitcher plant (Sarracenia purpurea), ranges from the Southeast to the Northeast and all across Canada. It has short, squat pitchers with gaping mouths that actually hold water  the only species that does hold water. (It is a common misconception that all pitcher plants hold water. The hoods actually keep rain out.) The most flamboyant is the white-topped pitcher plant (Sarracenia leucophylla), which has tubes up to 2 ft. tall with ruffled hoods that have large areas of white surrounded by green or red veins. These are occasionally seen as cut flowers and dried or sold fresh. Other species may be tall or short, deep red to yellow-green and form dense, slow-growing clumps in the bog garden. Flowers are born in spring and may be yellow or red.

The 10 known species of wild pitcher plants are famous for forming hybrids. The hybrids are fertile and may form additional hybrids among themselves. Thus, you can create a wide array for colors and forms.

The Venus flytrap is available in all green, green leaves with red traps and an all-red variety. They must be grown in full sun (they are not good houseplants), kept evenly moist (they are good to grow in dish gardens to help maintain even moisture) and should be fed natural insects. The trap leaves form in a cluster, and a flowering stalk arises in June to produce several three-fourth-inch white flowers.

If you cross-pollinate the flowers, you will get several shiny black seeds that will grow when sown into small flytraps that take two years to mature. The plants stay evergreen but hunker down in the soil in winter.

Sundews are delicate and are best grown mixed with other plants in dish gardens. Drosera intermedia and Drosera filiformis are the easiest natives to grow and become large enough to study at 3-6 inches tall. Their white or pink flowers form in summer and can be showy. They go dormant in winter and form a crown of buds at ground level. Clumps may be divided, and they grow well from seeds.

Other companion plants for the bog garden should be slow growing and not get too large. Some available ones include bog buttons (eriocaulon), marsh-pinks (sabatia), and rose pogonia orchids (Pogonia ophioglossoides) and ladies-tresses orchids (Spiranthes cernuua ‘Chadd’s Ford’). Avoid violets, irises and other moisture-tolerant species that spread and become invasive.

There would be nothing more rewarding than to create a bog garden in a large dish, include the different carnivorous plants, set it on a sunny deck, and sit and watch the insects visit the traps and get caught. It is unusual, makes a great conversation piece and gives consumers a feeling of satisfaction to see plants turning the tables on insects for a change  where the eater becomes the eaten.

1. Will it hurt if I stick my finger in the jaws of the Venus flytrap?
No, the traps are only 1-inch long, and they catch only small insects. But when they close, they squeeze the bugs and secrete digestive juice that you can see ooze out of the corners.

2. Does the lid of the tall pitcher plant close when a fly falls in?
No, pitcher plants have no moving parts. The long, tubular leaves are pitfall traps and work like falling in a well. The bugs can’t get out and they die and are digested.

3. How do sundews catch big insects?
They don’t. The tiny sticky hairs on the leaves  like how the glue-like droplets stick to your fingers  trap really tiny bugs and gnats and then they fold over and digest them.

4. Do the flowers catch insects?
No, all carnivorous plants have only leaves modified into traps. The flowers attract different insects for cross-pollination, and you don’t want to eat those all-important pollen carriers. In other words, you don’t want to shoot the messengers.

A friend of mine, the late Rob Gardner of the North Carolina Botanical Garden, and I began a breeding program in 1980 to create unusual, new, colorful, dwarf pitcher plant hybrids for the horticulture trade and to call attention to the plight of all carnivorous plants and their disappearing wetland habitats.

We worked for 15 years and released about a dozen named cultivars, with such fanciful names as ‘Ladies-in-Waiting’, ‘Dixie Lace’ and ‘Mardi Gras.’ Around 1990, we released the Little Bug series, with ‘Doodle Bug’, ‘Lady Bug’, ‘Love Bug’ and ‘Red Bug’, the latter being the first patented pitcher plant hybrid. We wanted to use southern names reflecting the ancestry of the plants. Many of these can be Googled on the Internet or visit http://gardens.uncc.edu. There are several nursery sources for these hybrids and other carnivorous plants as well.

Larry Mellichamp is a professor of botany at the University of North Carolina, Charlotte, director of the Botanical Gardens (http://gardens.uncc.edu) and coauthor of The Winter Garden and Wildflowers of the Great Lakes Region. He can be reached at [email protected] 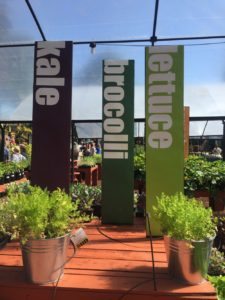