It’s common knowledge that the cellphone industry is highly saturated and, as a result, hyper competitive.

The growth potential for any carrier is to either expand/trade up the data plans and services of their existing customers, or steal subscribers away from one of their competitors.

In the May 2015 issue of Lawn & Garden Retailer, I related my frustration with Sprint, one of the largest cellphone networks.

Sprint had (and still has) a major big buck integrated multi-media (TV, radio, consumer press, billboards, and social media) promotion with the message that they will cut any of their direct competitor’s bills in half, if you switch over to Sprint.

The discounted/switchover plan price was substantially lower than their regular plan prices, a great deal.

And they made it easy to do … they even offered to pay any penalties for the early cancellation of a competitor’s contract and offered a credit towards the purchase of a new phone.

My wife had been a loyal Sprint customer for almost 20 years, so I naturally assumed that, if they had these great deals for new customers, there must be something in their bag of marketing tricks that might benefit their current customers.

Bad assumption on my part!

When I went to one of their stores, I was informed that:

1. The promotion was only valid for new customers who were switching from another carrier;

2. Any new customer who didn’t already have a cellphone would have to pay the standard list price;

3. I could take advantage of the slashed price promotion if I wanted to switch my AT&T service to Sprint, but there was no way that I could convert my wife’s account onto my new account. We would have to have separate accounts, with her still paying her current, much higher monthly rate; and

4. If I wanted to just add my line to my wife’s account to take advantage of a shared/family plan rate, the new cost would be significantly higher because my wife was on a lower grandfathered plan that they no longer had in their rate plans, and any change to her account would void her grandfathered rate.

With each question I asked and possible alternative blocked, I became more irritated. Thinking that I might have been dealing with an inept and ill-informed store employee, I decided to give Sprint the benefit of the doubt and called their customer service hotline.

Not only did the national customer service rep parrot back exactly what the store employee did, he added insult to injury by asking me if I wanted to upgrade my wife’s phone! Was he freakin’ kidding me?

It was clearly evident that Sprint had a business strategy and culture that was totally disengaged from developing any semblance of loyalty with their existing customers, rather encouraging and perpetuating a culture of short-term goal achievements.

I committed to myself that I would seek out any chance to return their loyalty when the opportunity presented itself.

Fast forward to January 2016. I had a question on a charge on my monthly AT&T bill (I have been a customer of AT&T and their predecessors since 1984), so I stopped in to my local AT&T store.

While answering my question, the customer service rep suggested that we review my billing plan and services to specifically see if I was paying for anything that I wasn’t using.

He went into my account online on his iPad, saw how long I had been with AT&T and thanked me for being a long-term, loyal customer (nice touch!), and then told me that he could put me on a plan with more data for $10 less per month than what I was currently paying.

Looking like I might be on a roll, I asked him about the cost of bringing my wife’s phone onto my account as a shared plan.

Adding a larger shared data plan, and adding some of the features I had on my phone that she hadn’t had on her phone (e.g., international calling/texting) to my wife’s phone line, the additional cost would be $15 per month, yielding a total savings of over $70 per month I had been paying for both accounts individually!

In less than 15 minutes, we changed plans, added my wife’s number/phone to my account, changed out the SIM card from Sprint to AT&T and activated and upgraded my wife’s phone on the AT&T network.

Too Little Too Late?

Over the next week, I received daily emails, phone calls and texts from Sprint asking why I left and offering a $300 credit if my wife’s line was switched back from AT&T to Sprint. Where were they with the offers when I was a loyal customer? Why did it take jumping ship to get them to respond to the needs they could have addressed in the first place!

In their last (and hopefully final) email, they asked what, in addition to the $300 line credit, would it take to get me back?

There was nothing they could ever do to get me back; they had their chance, and they blew it.

Loyalty works both ways, and they totally lost mine (and anybody’s I talk to!).

Consider this disloyalty repaid, and revenge is, indeed, sweet … I encourage and implore you to consider this story as it relates to your customers in your store because it truly can be the difference between being transactional, and creating and delivering experiences that foster long-term relationships; the difference between being established as a brand that adds meaning and provides solutions to your customers’ needs, and selling commodities at a price.

As I’ve said before, loyalty isn’t a program. It’s a mindset and action framework the retailer needs to have about how they engage and treat their customers.

You earn the customer’s loyalty.

Remember the classic definition of loyalty: trust built over time based on positive repeated experiences.

Customers want their needs anticipated and met. Everything the retailer does needs to be done with the customer in mind.

Make their lives simpler, their experience with you enjoyable, offer them value the way they define and desire it, respect them and their time, and be consistent.

To earn loyalty from your customer, you must first demonstrate loyalty to them! Loyalty is the cumulative impact of many, sometimes seemingly small, actions and experiences across every interaction your customer has with you … your store and team.

When you earn loyalty, great things can happen and can be rewarded (think in terms of lifetime value). Likewise, disloyalty can be, and almost always, is repaid; and once loyalty is lost, it is virtually impossible to regain … 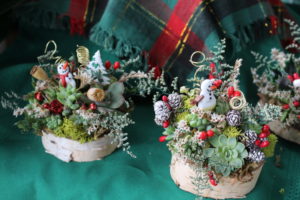