All-America Selections recently honored Barry Ruta with the 2021 Medallion of Honor during the 2021 AAS Virtual Summer Summit and Judge’s Meeting.

The prestigious AAS Medallion of Honor is typically presented to one individual who has given a career of dedication to the advancement of horticulture and contribution in raising the visibility of All-America Selections and the varieties that become AAS Winners.

Barry began his career while in high school by working for Chicagoland garden retailer Amlings. After graduating from Illinois Benedictine College in 1971 with a bachelor’s degree in Biology, Barry moved to Florida and began working at Speedling Inc. Then an opportunity arose and he joined the Sluis & Groot team from 1989-1995. Barry rejoined Speedling again in 1995 where he worked for six years, until 2001, when he took on a role with American Takii, where he stayed until his retirement in 2010.

In 2012, he joined Hem Genetics, where he remains a vital component of Hem’s North American marketing team. Throughout his career, Barry has always been a strong and positive advocate for All-America Selections and the winning varieties that he helped promote. Barry also served on the AAS Board of Directors for two terms, from 2004 until his retirement in 2010. 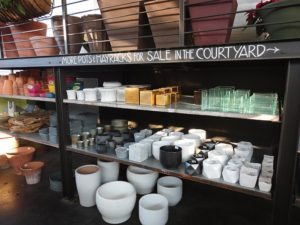