The winners of the 2011 America in Bloom national awards were announced at the annual program held in the Washington, D.C. area on October 6-8.

The winners of the 2011 America in Bloom national awards were announced at the annual program held in the Washington, D.C. area on October 6-8.

“Quality of life is an important element in promoting a city, and is an important factor in its economic prosperity. We know that beauty is one of the factors that tie people to a community, and congratulate not only the winners, but all the participants on their efforts,” said awards program chairperson, Jack Clasen.

Each participating town was judged on eight criteria across three sectors: municipal, residential, and commercial:

America in Bloom president Marvin Miller said, “We are excited that these cities are participating in America in Bloom’s national award program. With this commitment, they join with nearly 200 other cities across the US and many more around the world which have recognized the importance of flowers, trees, and other plants to the economic, environmental, psychological and sociological well-being of their residents.” Population category winners:

The criteria awards are based on feedback received from the teams of judges on outstanding efforts they witnessed during their summer of judging across America. These criteria awards only go to one community among ALL the AIB entrants across ALL population categories.

For more information on the America in Bloom program, please visit www.AmericaInBloom.org 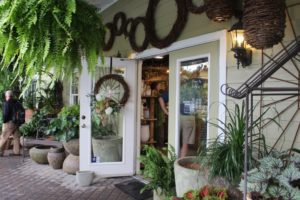