Faced with ongoing construction at Navy Pier, and the long list of inconveniences to attendees and exhibitors that would come with it, IGC Show founders Jeff and Cheryl Morey have announced their strategic decision to move the family-friendly event, open to all ages, to a new permanent home in Chicago: Lakeside | McCormick, beginning next summer with IGC Show 2019, Aug. 13-15.

All of the signature extras the IGC Show has offered at Navy Pier through the years will continue — including IGC’s three free keynotes, continuing education sessions, networking opportunities like Shop Talk Retail Discussions in the IGC Networking Lounge and Wednesday’s free party and concert. In fact, the move will make it easier for attendees and exhibitors to get the most from their IGC Show experience, by bringing all of it together in one central location.

“Everything will be on the show floor level,” Cheryl explains. “No more climbing stairs, no long hikes to the ballroom for the keynotes and concert, no going to the next floor up for the conference sessions. The trade show floor will be the center of the action and the hub for everything.”

Earlier this year, work began on the construction of a $100 million, 222-room hotel on top of Navy Pier’s Festival Hall, the site of IGC Show’s trade show since its inception in 2007.

“This past August at our 12th annual IGC Show, we felt the pains from the construction,” Jeff says, “and that was just the beginning of the demolition and building planned for the years to come. Our attendees and exhibitors suffered from restricted entry to the exhibit hall. Elevators weren’t working, escalators weren’t operating — it wasn’t pretty.”

Cheryl adds, “Fortunately, despite these challenges, the show was a huge hit with attendees and exhibitors alike. But we also lost a lot of the prime lobby space that previously housed show registration and the GCA Café. Not to mention, the large windows looking out to Lake Michigan — they were all gone.”

The move is being called a reboot of what is still the most popular trade show in the world for independent garden centers. “We started a big updating process on the IGC Show two years ago — for example, the addition of the IGC Networking Lounge and Shop Talk Retail Discussions on the show floor,” Morey says. “Now starting next August, we are excited to add a lot of things we never had room for in the past. Stay tuned for lots more details. Think of it as IGC Show 2.0.

Jeff adds, “We’re in Chicago to stay. We’re not going anywhere after this move — 2020 and beyond, here we come!” 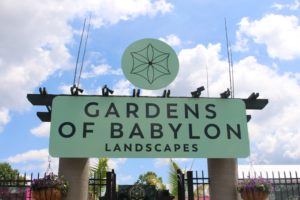