Suntory Flowers delivered beautiful blooms to the red carpet once again with Tu Bloom of Bloom Designs Inc., the official botanical artist for the GRAMMYs. The 64th Annual GRAMMY Awards were held April 3 at the MGM Grand Garden Arena in Las Vegas.

This was the first time Suntory had bedding plants grown for the event. The original plan was to grow gallons of Senetti, when the show was going to be Jan. 31 in Los Angeles, but the event was cancelled and rescheduled due to concerns with the COVID Omicron variant. “Fortunately, there was time to switch crops with the change of venue, and our partner, Armstrong Growers in Southern California, also serves the Las Vegas Market,” says Delilah Onofrey, marketing director for Suntory Flowers in North America. “We switched to our Argyranthemum hybrids in the Madeira and Grandaisy lines and were really pleased with how they turned out in Tu’s arrangements. Madeira Deep Pink was especially pretty!”

In addition to living plants, this was the third time Suntory supplied its premium cut flower varieties — 3,000 stems of Blue Rose Applause and standard and mini Moon carnations.  Fresca Farms and Mellano & Co. facilitated on the floral distribution side. “Applause roses are a perfect fit for the GRAMMYs, or any awards program with performances,” Onofrey says. “In fact, each time the GRAMMYs returned from commercial break, the audience was instructed, ‘Applause!’ This way, the television viewer would see and hear people clapping before and after each commercial. It has been a pleasure to work with Tu Bloom and his team and see his fresh designs and visions come to life!” Hoffman Nursery Owner Retires After 40 Years in the Industry 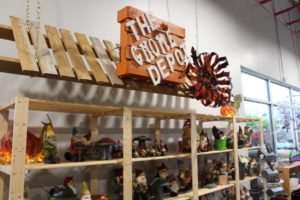 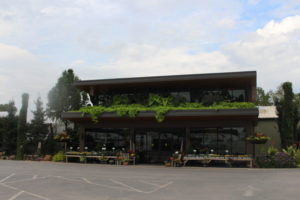