In response to petition 19-099-01p from Westhoff, the USDA and APHIS have announced the official non-regulated status of the A1-DFR gene-containing petunias, commonly referred to as “orange petunias.” As of this date, petunia varieties containing the A1-DFR gene, the gene responsible for imparting an orange pigment to the flower, are permitted for sale in the American market.

Following the discovery of a foreign gene in orange-colored and other petunia varieties in 2017, their sale was restricted and existing plant orders destroyed. Canada was the first country to allow for the continued sale of these plants, and now the U.S. has followed suit.“This is the culmination of two and a half years of work on behalf of our breeders and the U.S. government,” said Christian Westhoff, president of Westhoff. “This marks a milestone, not only for Westhoff and our partners, but our entire industry, as we move forward into a new era of plant breeding and variety development.”

Although the change from regulated to non-regulated status allows for these and future A1-DFR petunias to be sold free of restrictions, it is important to note that it is not an open allowance for all genetically modified petunias. No new genetic alterations have been made since the original event in the late 1980s, and all the A1-DFR petunias on the market today have been bred traditionally and their parentage can be tracked back to this single event.

Westhoff wants it to be clear that although two of the breeders from Westhoff, Manfred Mehring-Lemper and Diro Terefe Ayana, were the driving force behind the multi-year effort to return these to the U.S. consumers, all varieties that contain the A1-DFR gene can be legally sold, regardless of the company that developed the variety. This approach is consistent with Westhoff’s long-held corporate mandate to ensure that novel breeding is brought to the marketplace, without restrictions, to allow for a competitive, innovative and robust floriculture industry. 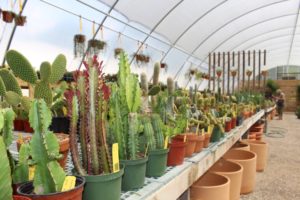