Danziger has announced the launch of its new SENTI Roses assortment as an opportunity to generate added value for growers around the world. SENTI, ... more » Oscar Peterson Rose has been awarded a Gold Medal at the International Rose Trials in Nyon, Switzerland, in the Floribunda category. Following strict ... more » Selling outstanding plants is crucial to the success of your business and reputation. That’s why Lawn & Garden Retailer compiles this list of to... more » Weeks Roses has announced it will offer two new additions to its Downton Abbey Garden Rose Collection in 2017. The two new roses, which will be availa... more » 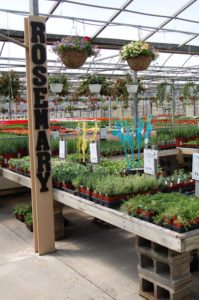