March 2013
Well Worth It By Pete Mihalek

How well are you cultivating brand ambassadors?

Grocery stores. They are everywhere. In my Chicago neighborhood, I have nearly 20 to choose from in a two-mile radius. Almost by default, I spend a lot of time at grocery stores, which got me thinking… My wife and I drop roughly $100 a week on groceries. That’s more than $5,000 a year. That’s $26,000 for five years! Whether you’re on the wallet-emptying end or the register-opening end, it’s an eye-opening exercise to look at spending in terms of the lifetime value of a customer. It’s really an exercise of looking at the bigger picture. Working For The Customer Late last year, Forbes magazine contributor Tom Gillis wrote a piece relating a personal shopping experience to this long-term business outlook. Gillis bought a pair of pants from Nordstrom. He loved the pants and wore them frequently. After an extended period of time, he noticed the waistband wasn’t as comfortable as it once was. He assumed they shrank in the wash  something they shouldn’t have done this far into the wearer-pants relationship. I know, you’re thinking, he obviously gained weight. And he did  unknowingly at the time. Despite that, the Nordstrom clerk he worked with apologized for the uncomfortable fit and offered a new, replacement pair for free. Gillis said, “The response from Nordstrom was so gratifying that to this day I will buy pants only from Nordstrom. Over 10 years, I have spent several thousands of dollars at Nordie’s. How much could it have cost them to absorb the allegedly defective khakis? Maybe $20?” A similar thing happened to me a couple years back with an old Patagonia raincoat. The coat wasn’t even mine. It was my brother-in-law’s. I just happened to inherit it, somehow. After one particularly rainy summer, I noticed the coat lost most of its water repelling capabilities. So I took it into the Patagonia store near my place to see if they could offer me any advice or repair services. After a brief inspection of the coat, I learned it was more than 10 years old. They offered me one suggestion and it wasn’t, “Buy a new coat or take a hike.” A Patagonia sales associate told me about the company’s “Ironclad Guarantee,” walked me over to the present day equivalent of the model I had, helped me find a size that fit and offered to recycle my old coat. No strings attached. No money out of my pocket. Without much effort on either end, I’ve become a brand ambassador, I guess, and I don’t even mind. Since that day, I now look at this Ventura, California-based outfitter through rose-colored lenses. Over family dinners, on double dates, waiting at the deli counter and while standing on the train platform, I’ve told this story countless times. Maybe it’s because I’m a satisfied customer. How well are you cultivating brand ambassadors? To learn more about the pricelessness that is understanding and appreciating the lifetime value of a customer, turn to marketing expert Ron Rosenberg’s column “A Customer’s Worth” on page 32. You’ll quickly realize a satisfied customer is well worth the investment. Ron says, “You don’t know exactly who the person is coming through the door or on the other end of the phone,” but by making it a point to exceed their expectations, you can establish long-term business relationships.

PDF: Well Worth It 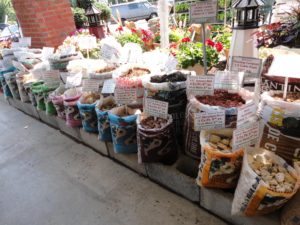 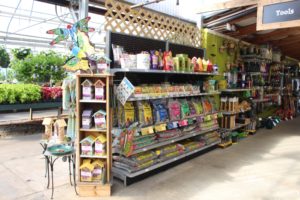