The 2019 Farwest Show, held August 21-23 at the Oregon Convention Center in Portland, saw an increase in attendance over the prior year, according to figures from show producers the Oregon Association of Nurseries.

More than 5,000 nursery industry professionals from 20 countries and 44 states reportedly took advantage of these opportunities. They browsed the show floor, talked to exhibitors, attended the seminars, heard the keynote by Charlie Hall, Ph.D., took part in networking and social events, and more.

The exhibitor count remained stable, with nearly 400 exhibitors occupying booths on the show floor. The show gave them the chance to see many old and new customers in a short period of time.

“The exhibitors I talked to were all very happy with the way the show went this year,” said show chairman Patrick Newton, owner of Powell’s Nursery in Gaston, Oregon. “They felt like the people walking the show were actual buyers. I had two different people I know tell me they picked up new customers, and they were also able to see existing customers. It was all super positive.”

Turnout was packed at the show’s Happy Hour on Day One, which was held in the convention center lobby. The annual Farwest Pub Crawl, which visited three Eastside pubs, all within walking distance of the convention center, had its best turnout ever The Emergent Networking Event (for everyone, but focused on those under 40) and the Women in Horticulture event were also well attended. 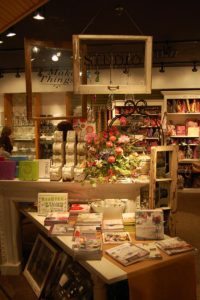