The Society of American Florists‘ chief executive officer, Peter Moran, will retire at the end of the year from his post after 33 years with the industry’s national trade association.

Kate Penn, currently chief content officer and editor-in-chief of SAF’s flagship publication, Floral Management, will assume the role of CEO effective Nov. 1, after which Moran will help work through the transition through the end of the year.

Upon Moran’s announcement to the board in early 2017 of his retirement, SAF’s chief operating officer Drew Gruenburg informed the SAF executive committee of his plan to retire within the next two years, so he removed himself as a potential candidate in their search for a new CEO.

Moran joined SAF in 1985 and became SAF’s executive vice president and CEO in 1991. During the next 26 years, he oversaw several significant changes at the association, including the implementation of a strategic plan that shifted SAF from a segment-driven organization to one guided by its key objectives of providing government advocacy, business guidance and consumer marketing.

Moran has also led several efforts to put flowers in the consumer spotlight, including his oversight of SAF’s involvement in coordinating the floral décor for four presidential inaugurations.

The executive search committee conducted a national search beginning in March 2017, Meskers said, and considered a number of candidates before determining that Penn, a 30-year employee and key member of SAF’s senior team, was the ideal candidate to succeed Moran.

“Kate has spent much of her career at SAF listening to our members,” said Meskers, “and translating what she hears into content as well as new initiatives that meet member needs.”

Penn, who has a B.S. in journalism from Bowling Green State University, was hired by SAF in 1987. She has been a key member of SAF’s senior management team and has participated in SAF board meetings since 1999. 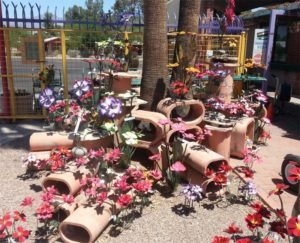