January 3, 2023
Virtual Tour of The Gardens at Ball Now Available

A new 3D map experience is now available at The Gardens at Ball. Using Matterport immersive tour photography and 360-degree camera technology, Ball Seed captured The Gardens at the height of its summer color and is... more » Suntory Flowers has opened a state-of-the-art research facility that will serve as its new base for product development and production for flowers and vegetables. Based in Higashi Omi, Shiga Prefecture in Japan, the Suntory Flowers... more » The National Retail Federation reports that 40% of Christmas shopping beginning right after Labor Day, so it’s no stretch to say that garden centers should begin their Valentine’s Day marketing before — or immediately after —... more »

On Dec. 16, The Dramm Corp. held a ribbon cutting ceremony to celebrate the completion of its new corporate headquarters and production facility. Many friends and local community members including Mayor Justin Nickels gathered to... more » 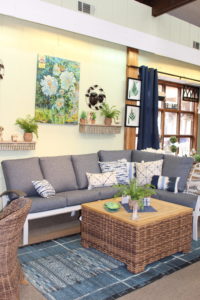